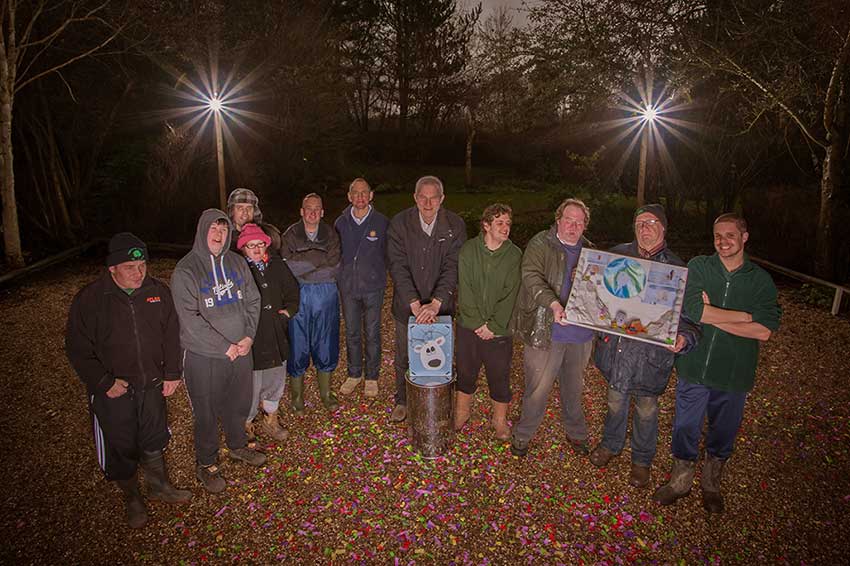 Posted by: Simon In Photovoltaic

When Earthworks asked one of their important fund raisers, Ed Suttie, to turn on the new car park lights, they were kind enough to invite us to the ceremony too. Ed is raising money by walking to the North Pole in April (Ed 2 North Pole) and took time out from his training regime to mark the occasion. The volunteers at Earthworks had built a model complete with polar bear and iceberg to show some of the things Ed will encounter on his Arctic adventure.

Having installed a small off-grid PV system over a year ago, Earthworks were sufficiently impressed with the power and reliability of the system to request more lights. We first added another four PV panels to the array on the roof, doubled the battery capacity (going from 12 volts to 24 volts) and used this extra capacity to power eight more LED lights in a  gazebo plus six more LED spotlights in the carpark. They  light the way brilliantly for visitors during the winter months and make Earthworks an even more inviting place to be.